Why Is My Dog Being Aggressive All Of A Sudden? How To Help Your Dog Deal With Fear 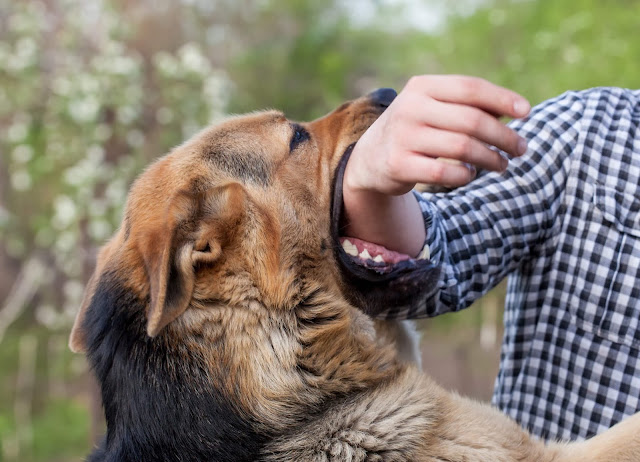 It's hard to know what's going on with your dog when they start acting aggressively. Sometimes, it could be a behavior they exhibited before and would only show in certain situations.

Other times, it may be something new entirely. But this article will help you figure out why your dog is being aggressive and how to stop it.

So what does aggression mean? Aggression is an instinctive response that exists within all animals. It's their way of protecting themselves from perceived threats or dangers.

The signs of aggression can vary depending on the type of animal, but there are some common warning signs that you should look out for in your dog.

Section 1: Can a dog become aggressive for no reason?

Section 2: What would cause a dog to start being aggressive?

Section 3: Signs that your dog is being aggressive

Section 4: How do you fix an aggressive dog?

Section 5: How do you get your dog to respect you?

Section 6: How to help your dog deal with fearfulness, anxiety, and boredom?

Section 7: How to stop your dog from being aggressive?

Can a dog become aggressive for no reason?

Some dogs get aggressive without showing any signs at all. Maybe your dog got in a fight at the dog park that it had no idea how to handle or they got into a confrontation with another dog.

Even though the situation may not have been their fault, it's normal for dogs to feel angry and upset after something that happened to them.

With some dogs, it can take a couple of days to process what happened and start thinking clearly.

But if your dog was the one who instigated the fight, it's a completely different story.

They can start to act aggressively for no other reason than being afraid and being aware of their instincts.

Can a dog become aggressive when it's hungry?

Unfortunately, sometimes people get aggressive when they're hungry or may have an energy shortage that's making them act out.

What would cause a dog to start being aggressive?

Obviously, your dog is not a human, and as such, they will naturally have a more territorial mindset, which is based on their species.

While the causes may be different, you can usually expect the same effects:

A fight or flight response. When a dog is threatened or feels threatened, they will seek the safest place possible.

This is often in their instincts for self-preservation. It could be a limb they feel is in danger, or a safe place in general.

These types of reactions are what many people refer to as "protectively aggressive." The difference is that it's a learned behavior, not necessarily instinctual.

When a dog is threatened or feels threatened, they will seek the safest place possible. This is often in their instincts for self-preservation.

Signs that your dog is being aggressive

Sudden Actions or Actions Too Quick

A suddenness in when your dog displays aggressive behaviors could mean that they're suddenly getting physical with you or another dog.

Or, maybe your dog has been scared of the others and when they've come out of their shell, they're doing it as a way to make sure that you know they're still there.

This is a common sign that your dog is being aggressive because they're showing their fear.

Your dog might bark and hiss when they're leashed and out in public, or your dog might not want to leave you or the house when you leave for work.

Aggressive Behavior When Playing with Other Dogs

This could be a sign that your dog is no longer playing with other dogs and is now just seeing them as competition.

How do you fix an aggressive dog?

Many owners tend to treat aggressive behavior as a one-size-fits-all type of situation. But, you're going to have to know exactly what's going on with your dog to understand how to properly deal with it.

If your dog is being aggressive because they're afraid of something, it's possible you'll need to teach them a new behavior that will help them out of their discomfort.

If you're using aggression as a reaction to fear, it's possible you'll need to help your dog learn to express that fear in a way that's more appropriate.

Talk with your vet about the best way to do this, as they may have techniques that will be more successful for your dog.

How do you get your dog to respect you?

If your dog is beginning to show signs of aggression, start by approaching them and saying their name. If they growl or lunge at you, it could be a sign of aggression.

It could also be your dog simply letting you know they don't want to be disturbed.

With dogs, you need to give them space if they're being aggressive. If they are clearly exhibiting aggressive behavior, don't bother trying to get close to them or try to engage them in play.

If you suspect your dog is showing aggression in front of other dogs, take a look at what they are doing.

How to help your dog deal with fearfulness, anxiety, and boredom?

Look for signs of fearfulness

Your dog may show signs of fearfulness if they go into hiding or have sudden aggressive behavior.

These signs may also be accompanied by certain symptoms, such as avoiding you or being more vocal than usual.

Most dogs are instinctively scared of new situations, so if your dog doesn't show these signs, there could be something else going on.

You can check out the below list to see if your dog may have a fearful reaction.

Fearfulness could be a coping mechanism used by your dog to calm himself down in order to go outside.

In addition to being fearful, your dog could also be hyper-alert. If they see or smell danger coming, they might turn aggressive in order to protect themselves.

A dog with a heightened sense of smell is more likely to be hyper-alert. If your dog is aggressively biting at everyone and everything, they may be bored and not have a lot to do.

Boredom and Anxiety Are Symptoms Of Aggression

Your dog is bored and you can tell because of the way he acts and the amount of time he spends chewing on a stick or running around the backyard. And unfortunately, boredom is the root cause of aggression.

If your dog seems angry, stressed, and in a bad mood most of the time, it's because he's bored.

When your dog is bored, he can't exercise his natural instinct to hunt and forage for food.

That leaves him feeling lethargic, and when he's lethargic, he may growl, bark, and try to bite if he thinks he's being threatened.

Boredom is not just about being bored and cooped up in the house all day.

How to stop your dog from being aggressive?

When a dog is aggressive, it doesn't mean they're being aggressive on purpose.

It means they're showing their aggressive instincts in a situation where they can get away with it.

The good news is, aggression is a survival mechanism in dogs that dogs use to protect themselves, which means they can learn to deal with it.

They can either learn to use aggression to get what they want or they can choose to stop.

The best way to make sure your dog stops being aggressive is by trying to find out why it's happening in the first place.

Once you pinpoint what might be causing their aggressiveness, then you can work on fixing it.

There are some simple ways you can get the aggression out of your dog's system.