Why Does My Dog Sneeze When Excited? 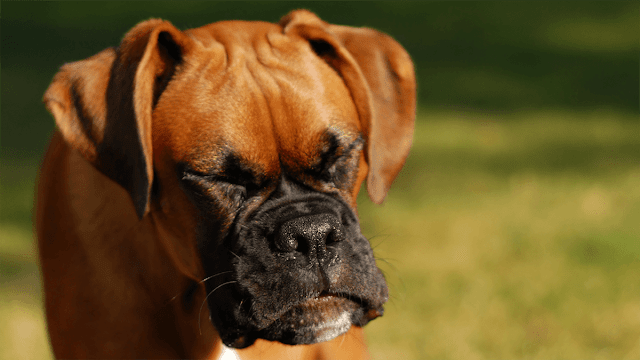 Have you ever seen a dog sneeze when excited? This is a common occurrence that many pet owners have probably noticed.

Dogs might also sneeze if their nose is dry because they’ve been outside in the cold for too long or if there is an allergen in the air like pollen, mold, or the animal hair of the dog’s own species.

In this post, we want to explore why dogs sneeze when they're happy and what may cause them to sneeze in the rest of the situations.

Why does my dog sneeze when excited?

The main reason why dogs sneeze is because they're excited to see or be with their owner. When the owner approaches the dog, or when the owner is excited, the dog gets excited as well. Dogs sneeze when they're happy.

Dogs may also sneeze because their nose is itchy, when there is something stuck in their nasal passage, or when the animal is experiencing a low-grade allergic reaction, such as itchy ears, or skin rash.

Dogs may also sneeze to clear their throat.

What causes a dog to sneeze?

When we’re happy, we sometimes laugh. This leads to a quick and stifled breath, followed by a sneeze. Some of the causes of this sneezing might be:

When a dog is sneezing, the back of the throat is inflamed and he/she needs to clear the sinuses and nasal passages, which is accomplished by coughing.

Where does the sneezing come from?

The sneeze happens when the upper respiratory system of the dog is activated, which triggers sneezing.

There are actually a few things that cause the upper respiratory system to activate. These include:

When should I be worried about my dog's sneezing?

Because sneezing is a reflex that only occurs in response to an allergen, you shouldn't be concerned that your dog sneezing in any of the situations listed below is a sign of an underlying issue.

A sneeze is an involuntary response and is something that your dog is probably doing without being aware of it.

You should be more concerned about an underlying medical condition that is causing your dog to sneeze.

The presence of an allergen that causes sneezing in your dog should be reported to your veterinarian or to your local animal control agency immediately to ensure that your dog is not exposed to a dangerous allergen.

What can you do to prevent your dog from sneezing?

Sneezing is an essential reflex that is important for your dog. It has been scientifically proven that sneezing helps to get rid of dust, pollen, and other allergens in the air around them.

Sneezing is also part of a dog’s natural behavior, so when you start training your dog not to sneeze, he’s starting to learn not to perform an instinctual reaction.

If your dog is overly excited when he sees or smells something, take him out for a walk to see if the bad things that make him sneeze have been taken care of.

If they have been, your dog will be less stressed out and more excited when he sees or smells something that makes him sneeze.

How do I stop my dog from sneezing when they're excited?

Sneezing is a reflex and is a natural response to irritants in the nose. Dogs are not able to control their sneezes. All you can do is try to remove the irritant in the nose.

When my dog sneezes, does it hurt him?

When your dog sneezes, they are likely feeling a lot of sneeze reflex activity. A sneeze is a very strong reflex and can make your dog uncomfortable when it happens. Sneezing reflex activity can also hurt your dog.

In this post, we have discussed a wide range of reasons why dogs sneeze.

It is quite amusing to see your dog sneezing. This is called the dog sneeze reflex.

This is a very common reflex that is active in all mammals including humans. It causes an involuntary, rapid spasm that is triggered by any kind of stimulus that is perceived as an affront.

This can be any kind of physical touch or sound, so the reflex itself is not necessarily a cause of the sneeze.

On the contrary, a dog sneezing is a reaction to an unusual stimulus that has resulted in an unwanted reaction of a kind that the dog does not normally experience.

Why Do Dogs Lick Each Others Ears?